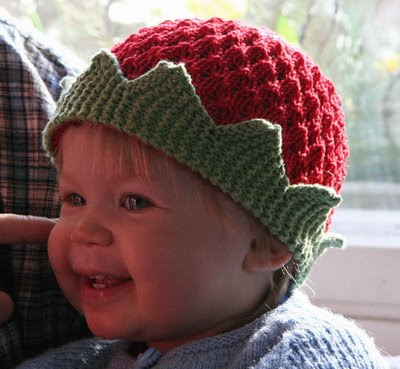 Directions
Cast on 6 stitches with green yarn, using two strands of the same yarn. Knit one row. Work in garter stitch ( knit every row ), and increase at the end of every right side row : knit to the last two stitches, then increase by knitting into the front and back loops on the next stitch, knit 1.
After you have increased the 12th stitch on the right side, knit two more rows without increasing. On the next row ( wrong side ), cast off 6 stitches purlwise. ( 6 stitches remain ). Knit to end of row. On the following row (right side), begin the increases as directed above, until you have 12 stitches again. 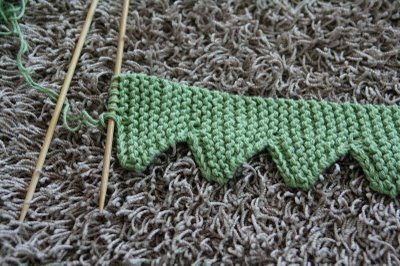 Continue with increases and decreases until you have 9 peaks. Decrease to 6 stitches, knit to end of row. Next row (right side) cast off all stitches. Sew the ending to the beginning, creating a circle.
Alternately, you can use the three-needle bind-off, as shown in ( http://www.knittinghelp.com/videos/casting-off ) : pick up 6 stitches from the starting end and bind off stitches from the wrong side as directed, thus joining the beginning to the ending of the band.
Once you have a circular crown section, pick up stitches from the wrong side, while keeping the peaks of the crown facing downwards. 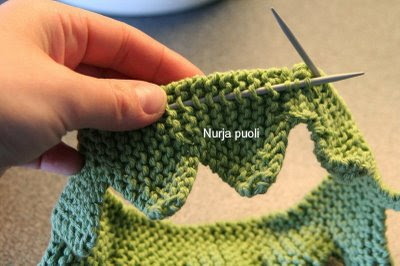 Pick up a stitch from each knit row's purl-side loop. Pick up extra stitches, so that you end up with 69 stitches. 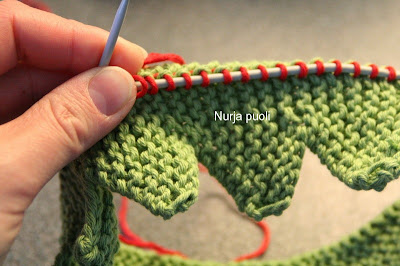 (PHOTO 3)
Switch to red 'Tennessee' yarn (photo 3 and 4) and knit 3 rows in the round. Place a stitch marker at the beginning of the next row, as the decreases and yarn overs can make it difficult to keep track of rows. Begin working in the pattern as shown on the chart. ( pattern repeat marked by bold box). 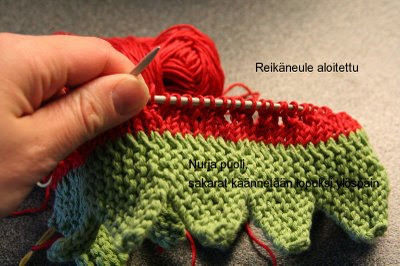 (PHOTO 4 - Eyelet pattern started. The peaks of the crown will be turned to point up when the hat is completed) 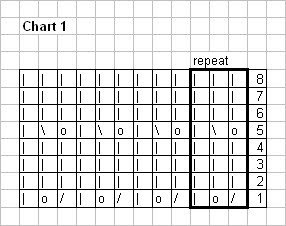 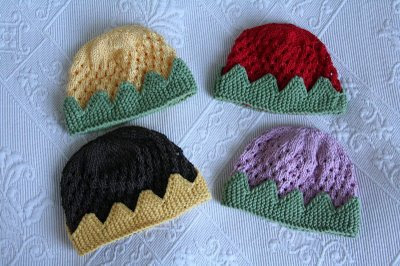 This hat is absolutely lovely !! I love it !

What a lovely hat, I am going to make this for my daugther. Thanks :-)

thanks for sharing your pattern-It looks great!!
I should make one of these

Thank you for translating this pattern into English.